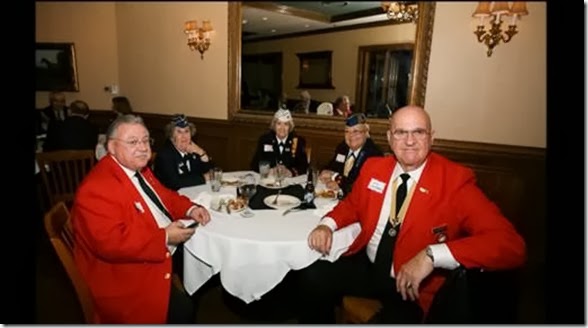 AMWS November 1, 2013, Atlanta – For nearly 20 years, we have traveled to Washington, DC for the Marine Corps Birthday. Our friend Colonel Herb Harmon has invited us to “share” John A. LeJeune’s historically enduring message in the presence of a small but faithful gathering. This year, the colonel’s call served as a reminder that November 1 begins an annual season of remembrance about what it means to be Semper Fidelis.

For us, it’s an opportunity to tell a story about time. On November 1, 1921, 13th Commandant of the Marine Corps Lieutenant General John A. LeJeune issued MARINE CORPS ORDER No. 47 (Series 1921). This particular literary work reflects a moment in chronos time between two World Wars. A prologue and epilogue were later added, emphasizing the relevance of the original writing to the institution as it exists today.

Each year, modern-day Marines are afforded an opportunity to embrace deeds and acts of the past while building on a vision of their future. The epilogue is that piece of writing at the end of a work of literature, usually used to bring closure to the work. It presents a perspective from within the story; when the author steps in and speaks indirectly to the reader.

In appreciation of its literary value to Corps and Country, some writers are penning possibilities for officially revising the Marine Corps Narrative.

The inspiring message of our 13th commandant has left its mark in the hearts and minds of all Marines. By deed and act from to Guadalcanal to Iwo Jima, from Inchon to the Korean Armistice, in interventions from Lebanon to the Dominican Republic, and from the opening battles of Vietnam to the Mayaguez rescue…

We cannot dedicate -- consecrate – or hallow – earth enriched by espirit de corps. At a place we know as Beirut, Lebanon, U.S. Marines epitomized qualities which are their legacy. 220 Marines, 18 sailors and three soldiers, their purple hearts forever consecrating God’s Valley of Baca.* They came in peace.

Marines have since crossed shores of Kuwait, deserts of Iraq and climbed mountains of Afghanistan -- on a legacy of honorable service in every climb and place. The record of American Marines achieved in combat, and the faith, borne in peace, will continue. The commandant and our many friends have added best wishes and a grateful, “Well Done” on this 238th Birthday of the United States Marine Corps.


From Psalm 84:6 Blessed is the man whose strength is in thee; in whose heart are the ways of them. Who passing through the valley of Baca make it a well; the rain also filleth the pools. They go from strength to strength, every one of them in Zion appeareth before God.