Fight For The Right To Vote 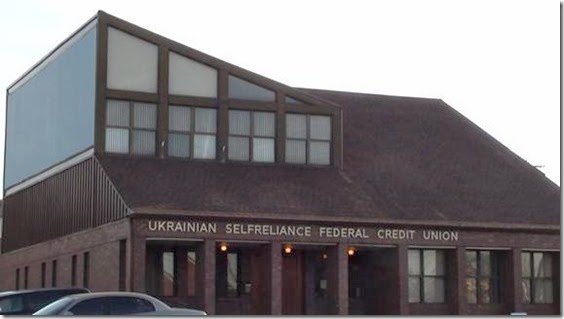 AMWS, March 17, 2014, Philadelphia, PA – In a tale of three-legged critters, horse sense perhaps distinguishes the well-schooled horse and the stubborn mule. The right to vote, demonstrated yesterday in the Republic of Crimea, presents cause for introspection on where Ukraine has been and where it goes from here.

21st Century Youth Leaders on a bus from Selma, Alabama last week, traveled to their nation’s capital with a similar question. They came for understanding about their rights as citizens. At the end of their journey to the nation’s Capitol, they left for home with shared purpose; “to define ourselves, name ourselves, create for ourselves, and speak for ourselves.” The lesson from Selma’s youth is defined as “Kujichagulia” or self-determination. It is one of seven principles of African Heritage known as Nguzu Saba.

Youth Achievers USA Institute (YouthUSA), a national 501c3 public charity, has been hoping for the miracle to help historically disadvantaged Americans tap into their own heritage, their rights and responsibilities as full citizens. Here and across the U.S., informed philanthropists are lining up to help others help themselves. Their investments in faith, family values, and self improvement are making an impression while making a difference through The J.D. and Laurena Walker Fund of YouthUSA.

A Ukrainian-American presence in Philadelphia, Chicago, New York and other urban metro areas offers evidence that Ukrainian Americans picked up a ball dropped by less enterprising Americans shortly after Selma “shook the conscience of the nation.” For these Americans, Self-Reliance is not just a principle; it’s an evidence-based brand, measured by Money-n-the-Bank. A little over 9,000 Ukrainian-American’s have amassed $263 million USD in the Ukrainian Self-Reliance Federal Credit Union of Philadelphia. PA.

The America, born here by rebellious subjects a short 238 years ago, shook loose from shackles of tyranny with a message to King George’s England. “Don’t Tread On Me” was among the first forgotten calls for freedom as citizens sidestepped common vision to “form a more perfect union.”

The right to vote in the United States, granted originally to white men only, perpetuated a system where potentates rule over poor folks. Ukrainians, fighting for a chance to be whole again, can perhaps teach America more than we’re ready to learn about voting rights, constitutional government, potentate policy and poor folk resilience.

Although human settlement in Ukraine and its vicinity dates back to 32,000 BC, the territory was first inhabited some 44,000 years ago. The country is credited with the domestication of the horse and for the origins of the Indo-European language.

In the United States, the 113th Congress, one of three branches of constitutional government, might be characterized as a three-legged mule kicking itself. The Democratic Party, once symbolized by a kicking mule, evolved from the Jeffersonian Republican or Democratic-Republican Party organized by Thomas Jefferson and James Madison in opposition to the Federalist party of Alexander Hamilton and John Adams. The party favored republicanism, a weak federal government, states' rights, agrarian interests (especially Southern planters) and strict adherence to the Constitution. The party opposed a national bank, close ties to Great Britain, and business and banking interests. The Party came to power in the election of 1800 AD.

On February 3, 1870 AD, elected potentates ratified the 15th Amendment to the United States Constitution. The change in public policy followed a Civil War, a presidential proclamation, assassination, and a worn-out Confederacy that was just sick and tired of being beat up. The amendment granted African American men the right to vote by declaring that the "right of citizens of the United States to vote shall not be denied or abridged by the United States or by any state on account of race, color, or previous condition of servitude."

The promise of the 15th Amendment would not be fully realized for almost a century. Through the use of poll taxes, literacy tests and other means, Southern states were able to unlawfully disenfranchise African Americans. It would take the passage of the Voting Rights Act of 1965 before the majority of African Americans in the South could register to vote. It took only half a century for the United States Supreme Court to demonstrate behavior from under black robes that oppressors had inflicted from under white sheets.

Today’s Crimea became part of independent Ukraine with the breakup of the Soviet Union in 1991. The Autonomous Republic of Crimea is an autonomous parliamentary republic within Ukraine and is governed by the Constitution of Crimea in accordance with the laws of Ukraine. The citizens of Crimea are 58.32% Russian, 24.32% Ukrainian, and 12.10% Crimean Tatars.