HBCUs Can #TakeAKnee For Puerto Rico 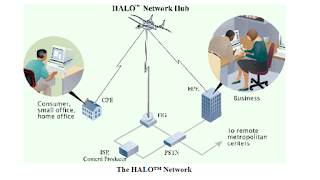 AMWS September 28, 2017, Virtual -- After taking a knee in prayer, one historically disadvantaged American got up with a revelation. Puerto Rico needs an angel!  Or, at the very least, some enterprising neighbors thinking like angels.

Television reporters use satellite phones for emergency communication, connecting citizens on the mainland with survivors in Puerto Rico.  If anything is to be learned from this year’s unprecedented disasters, it’s a lesson in healing, feeding, housing, learning, earning, living and giving.  “Carrying out the spirit of the original Free African Society” means equipping boots-on-the-ground forces with methods and means to do whatever God needs you to do—individually and collectively.

A few years back, YouthUSA's program team investigated diverse methods for deploying wireless telecommunication.  We already knew about technologies for military use—some classified.   We reached out to presidents and or institutional advancement departments in 106 Historically Black Colleges and Universities with a vision of America’s future from an historically disadvantaged perspective.

One of the technologies we had hoped to explore offered an alternative to land-based WiFi towers, which we now know might be blown down if the wind is strong enough.

Rapid deployment of HALO might have addressed an immediate communications void even for a remote Caribbean island.  Broadband wireless millimeter wavelength services provided from a High Altitude Long Operation (HALO™) Aircraft are now feasible. HALO emphasized the conceptual design of a "bandwidth-on-demand" wireless network whose data rates to and from the subscriber will measure in the multi-megabit per second range. A variety of metropolitan area spectrum bands offer the needed bandwidth. An attractive choice was the LMDS band near 28 GHz.

Can it work?  Well, ALL THINGS ARE POSSIBLE when you believe “I can achieve whatever I believe I can achieve.