What the problem IS? “Much is required from those to whom much is given, for their responsibility is greater (Luke 12:48).”

By Eric Stradford and Stephanie A. Walker Stradford 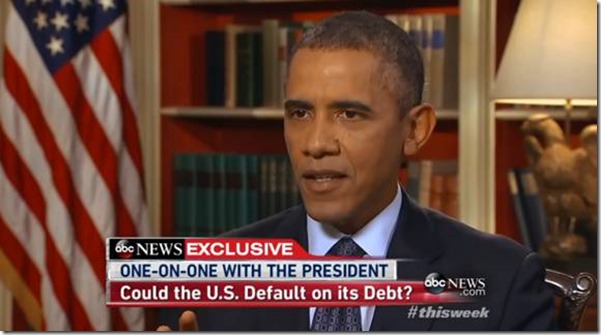 AMWS, September 19, 2013, Washington, DC -- An angry black man at The White House this week is reportedly a figment of someone else’s imagination. A vocal minority within an elected majority has called on the President of the United States to value the angry black man as a threat to America’s economic security.

This week, President Barack Obama identified “a faction” that views compromise as a dirty word. “Anything that is even remotely associated with me, they feel obliged to oppose,” he said.

The President’s decision to keynote the Phoenix Awards Dinner at The Congressional Black Caucus Foundation’s (CBCF) Annual Legislative Conference (ALC2013) underscores a minority agenda to expand opportunities in health, education, and economic recovery. Ironically, the majority of Obama’s audience at the conference is a minority group of Americans historically categorized by the color of their skin.

National Security is among the historically excluded topics from the black caucus agenda. But rumors of an angry black man, perhaps heightened by a mass shooting at The Washington Navy Yard, a police shooting of a black man in Charlotte, NC, and a sighting of Trayvon Martin’s parents in D.C., has added cause to perceive the increased presence as a credible threat.

Up to now, the content of character for America’s legendary Stolen People has been to expect more from One Nation Under God. A half century after the historic 1963 March On Washington, remnant survivors have renewed the challenge for Washington to choose—“Chaos or Community?” CBC leaders are calling on fellow Americans to “be and to lead the positive change needed in public policy,” said A. Shuanise Washington, president and chief executive officer of CBCF.

Some congressional leaders and their constituents fear that Black America’s longstanding battle cry, “we shall overcome” might be an emerging reality for America’s future. They seem driven, perhaps by fear, to block Obama and a minority base of constituents from achieving anything but <= to the status quo. The knee jerk reaction to rumors of a black man in The White House has been STAND YOUR GROUND! Some have gone as far to threaten a shutdown of the federal government “on principal.”

As a counter measure, CBCF has tapped Congressman Andre Carson (D-IN) for HIP HOP POLITICS, OUR GENERATION'S MARCH TOWARD AMERICA'S FUTURE. The discussion centers on how the hip hop generation can drive political activism. Ongoing discussion addresses barriers perceived by hip hopers in moving their agenda to the next level.

Earlier this week, The Congressional Black Caucus Foundation, Inc. (CBCF) announced plans for a $5 million investment in African-American banking institutions. The investment is said to be “part of a broader effort” to increase the availability of loans for businesses and individuals in African-American communities. CBCF is targeting banks in four regions of the country-the North, South, East and Midwest in an attempt to achieve “geographic balance” in an initiative that could prove crucial in lifting the economic fortunes of black communities. In all, five banks are to receive $1 million each.

The threat feared by a diminishing majority in Congress is now out front. And you guessed it! It’s all about the money. The intentional, pro-social approach, measured by a mere $5 million community reinvestment represents a pinchin’ from a trillion dollar Troubled Asset Relief Program. The $5 million investment by CBCF reflects a change in attitudes and actions about equity for historically disadvantaged Americans. One might recall TARP as the congressionally approved government purchase of assets and equity from financial institutions to strengthen its financial sector. President George W. Bush signed TARP into law October 3, 2008 and bounced a check to purchase or insure up to $700 billion of "troubled assets."

To date, some in the financial industry have been doing the bait and switch – diverting the loaned dollars from the intended reason. Others further abused investors after the TARP legislation was passed by telling investors their money was invested in the federal TARP financial bailout program and other securities that did not exist.

In an October 2011 quarterly report to Congress, The Special Inspector General for the Troubled Asset Relief Program (SIGTARP) reported "more than 150 ongoing criminal and civil investigations." SIGTARP had already achieved criminal convictions of 28 defendants (19 had already been sentenced to prison), and civil cases naming 37 individuals and 18 corporate and or legal entities as defendants. It had recovered $151 million, and prevented $553 million from going to Colonial Bank, which failed.

The $5 million community reinvestment by CBCF is being praised by some as a demonstration of accountability to the beloved community. “Much is required from those to whom much is given, for their responsibility is greater (Luke 12:48).” Others fear any reinvestment in certain people might be construed as reparation for slavery--replacing that hand out of past politics with a hand up to the future.