What happens when Hank “Public Enemy” Shocklee, MC Lyte and Darryl "DMC" McDaniels speak for WE THE PEOPLE? Stay tuned for “change” from the “#DoNothing” 113th Congress. 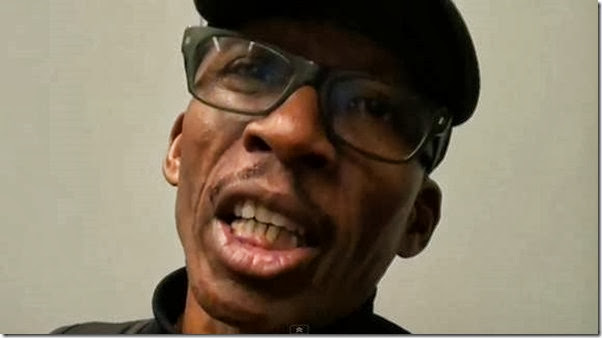 By Eric Stradford and Stephanie A. Walker Stradford

AMWS, September 20, 2013, Washington, DC -- If you are running for Congress anytime in the future, you may want to “boehner-up” on some highly offensive legislative lexicon.

WARNING!!! Depending on your orientation, the language may be almost as offensive as the “work” of the 113th Congress of the United States. The Congress most likely to be labeled “#DoNothing,” according to Huffington Post, has had just 15 bills signed into law so far, the fewest in recent history. Before now, the 112th Congress had established itself as the most unproductive since the 1940s.

Hank Shocklee, Founder, Public Enemy is no stranger to the Annual Legislative Conference. The Congressional Black Caucus Foundation invited him for an encore appearance. Last year, Shocklee shared his empowered perspective on Digital Divide. This year, he seems to be running for Congress—maybe even Speaker of the House.

Carson’s panel of prospective protagonists shared some prophetic insight on HIP HOP POLITICS, OUR GENERATION'S MARCH TOWARD AMERICA'S FUTURE. The emerging discussion centers on how the hip hop generation can drive political activism. Ongoing discussion addresses barriers perceived by hip hopers in moving their agenda to the next level.

An Open Letter to Congress alleged to be communicated by Rapper Jay-Z set the tone for some legislative lingo that is heightening concerns among conservative as well as liberal incumbents. Public Law 111-274, The Plain Language Act of 2010, may serve as the last line of defense against attempts to make rap an official language of Congress.

President Obama signed the Plain Writing Act of 2010 on October 13, 2010. The law requires that federal agencies use "clear Government communication that the public can understand and use." With the emergence of Hank Shocklee, founder of Public Enemy to the congressional scene, the term “public” is being closely monitored for relevance.

Public Law 103-62 may offer some legal ground for impeaching congressional rebel rousers. Enacted in 1993, The Government Performance and Results Act (GPRA) is one of a series of laws designed to improve government project management. The GPRA requires agencies to engage in project management tasks such as setting goals, measuring results, and reporting their progress. In order to comply with the GPRA, agencies produce strategic plans, performance plans, and conduct gap analyses of projects.

The Office of Management and Budget (OMB) is tasked pursuant to the GPRA with producing an annual report on agency performance within the executive branch. OMB’s annual report is produced with the President's annual budget request to Congress. Requirements by Congress to produce results in compliance with PL 103-62 are unclear.

It is clear, and becoming more clear that laws and legislative agendas need to change.  If America is dissatisfied with its elected leaders, perhaps the performance, or the lack thereof is the catalyst for change.  A few good professional performers may need to “boehner-up” on the law.