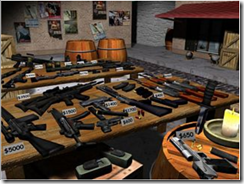 AMWS, February 17, 2013, Atlanta -- A creditable threat to America’s national security hinges from a nation divided. On one side, citizens are “Organizing For Action” in support of the nation’s constitutionally elected executive leadership. Opposition, stemming from the right, wants to keep things pretty much the way things have been, or in other words, resist change.

At ground zero, the Second Amendment to the Constitution – a right to bear arms for anyone who can afford to legally purchase, license and secure one or more weapons. Citizens who cannot afford to legally “secure the blessings of liberty,” either acquire weapons illegally or pursue other economic security options.

Music teacher Anthony J. Showalter, in 1887, perhaps set to music a course for common vision charted by Elisha A. Hoffman in his enduring inspirational hymn, “What a fellowship, what a joy divine.” Showalter, after hearing from two friends whose wives had died, asked Hoffman to write the lyrics:

Leaning, leaning, safe and secure from all alarms;

The song, featured in the 1943 movie The Human Comedy, starring Mickey Rooney, was nominated for Academy Awards in five categories, including Best Picture and Best Actor. William Saroyan won Best Original Story for the film. Over the years a diverse cadre of ministers and performers have added value to the hymn’s central theme, trust.

As early as 1871, the issue of Gun Control was being addressed by the U.S. Congress. Dismayed by the lack of marksmanship shown by their troops, Union veterans Col. William C. Church and Gen. George Wingate formed a fellowship of sorts known today as the National Rifle Association. The primary goal of the association would be to "promote and encourage rifle shooting on a scientific basis," according to a magazine editorial written by Church.

Since its inception, the NRA has been widely recognized as a major political force and lauded as the premier firearms education organization in the world. "They're good citizens,” a former aide to President Bill Clinton once commented. “They call their congressmen. They write. They vote. They contribute. And they get what they want over time," said George Stephanopoulos.

Among the best lessons to draw from the NRA is its practice of reinvesting historic values in America’s future. They choose 45 high school sophomores and juniors from across the United States each year to travel to the nation’s capital, where they participate in the weeklong educational opportunity. The Youth Education Summit (Y.E.S.) encourages young adults to become active and knowledgeable U.S. citizens by learning about the Constitution and Bill of Rights, the federal government, and the importance of being active in civic affairs.

Since the program’s inception in 1996, more than 675 students have graduated from Y.E.S. and over $385,000 in scholarships have been awarded. Entry into the program requires submission of a completed application form, high school transcript, three-page essay on the Second Amendment, one-page personal statement, and three letters of recommendation. The application deadline is Tuesday, February 19th.

The White House appears to be engaged in education, training, jobs and security. “After shedding jobs for more than 10 years, our manufacturers have added about 500,000 jobs over the past three,” said President Obama. “What we need to do now is simple. We need to accelerate that trend. We need to launch manufacturing hubs across the country that will transform hard-hit regions into global centers of high-tech jobs and manufacturing…. And we need to invest in the research and technology that will allow us to harness more of our own energy and put more people back to work…”

Companies in the United States that manufacture, distribute and sell firearms, ammunition and hunting equipment employ as many as 98,752 people in the country and generate an additional 110,998 jobs in supplier and ancillary industries. These include jobs in companies supplying goods and services to manufacturers, distributors and retailers, as well as those that depend on sales to workers in the firearms and ammunition industry.

Industry revenues represent an economic impact of some $31,838,799,763. This does not include black market sales. The $32 billion firearms industry creates jobs, paying an average of $46,858 in wages and benefits. At the same time, supply and demand which drives the industry disproportionately impacts economically underserved Americans.

Increasing evidence of a national security threat is reflected in concerns raised by African American leaders.

It seems that the government’s need to protect citizens and the firearms industry’s desire to protect constitutional rights are close enough for compromise. An increase in manufacturing jobs appears to be in everybody’s interest. So, what can America manufacture to address lost revenue in firearms sales?

Youth Achievers USA Institute (YouthUSA), a national 501c3 public charity applies the wisdom of Elisha A. Hoffman’s “What a Fellowship,” to a win-win vision for America’s economic future. “Clearly there is a need to restore trust,” said Stephanie A. Walker Stradford, the organization’s chief executive officer. “Disadvantaged Americans are overrepresented as victims of gun violence in places where most citizens cannot afford to legally buy or maintain weapons. It is logical to ask, where are the guns coming from, how are they getting into underserved communities and who economically benefits?”

America’s faith community represents a significant force in securing the blessings of liberty. But, up to now, our problems continue to be incubated in a house divided. YouthUSA has called on faith-based friends from both ends of the gun to INCREASE THE PEACE where they live, learn, work and worship.

Each year since 1996, YouthUSA has hosted THE ANNUAL YOUTH ACHIEVEMENT AWARDS program to qualify beneficiaries age 7-24 from across the United States. The organization partners with communities of faith on grants and contracts to support Main Street, USA economic initiatives. The ASSETS FOR INDEPENDENCE program calls for projects that invest in economically disadvantaged Americans. YouthUSA hopes to qualify “fellows” to participate in conversations that impact their economic future.

The Alliance for Economic Inclusion (AEI) is a national initiative to establish broad-based coalitions of financial institutions, community-based organizations and other partners in several markets across the country to bring all unbanked and underserved populations into the financial mainstream.

The banking industry can and must do more to fulfill its obligations under Community Reinvestment laws. Too many banks find it too easy to say no instead of let’s try.

The Federal Deposit Insurance Corporation (FDIC), an independent agency created by Congress to maintain stability and public confidence in the nation's financial system, established this “fellowship” because a significant number of people in the U.S. have little or no current relationship with a financial institution.

Economic barriers, such as lack of funds to carry account balances and bank fees; structural barriers (e.g., prior bad experiences, ChexSystems, lack of sufficient ID); and experiential barriers (unfamiliarity and distrust of banks) are the most common reasons for being unbanked. The unbanked and under-banked rely on a mix of non-bank money service providers and will pay the high fees with these alternative providers in exchange for the convenience and ease in cashing checks, paying bills and accessing cash.

By accessing the mainstream financial system, these households can build savings and improve their credit-risk profiles in order to lower their cost of payment services, eliminate a common source of personal stress, and gain access to basic financial services that promote asset accumulation.

Project Safe Neighborhoods (PSN) is designed to create safer neighborhoods through a sustained reduction in crime associated with gang and gun violence, and violent offenders. The program's effectiveness is based on the cooperation of local, state, and federal agencies engaged in a unified approach led by the U.S. Attorney (USA) in each district. The USA is responsible for establishing a collaborative PSN task force of federal, state, and local law enforcement and other community members to implement gang and gun crime enforcement, intervention and prevention initiatives within the district. Through the PSN task force, the USA will implement the five design features of PSN—partnerships, strategic planning, training, outreach, and accountability—to address specific gun and gang crime, and violent offenders, in the most violent neighborhoods.

Details on the five design features (also referred to as core elements) can be found later in this grant announcement and online. The Department of Justice has transitioned the PSN program from a formula-based allocation of funding to a competitive-based program. In a competitive environment, “need” and use of more effective, intelligence- and data-driven strategies will be key factors for funding selections, in addition to performance results and other factors. Therefore, grant awards for FY 2013 will be made through a competitive process to encourage and focus funding in high-performing and evidence-based programs where the need is greatest and where the most violent neighborhoods, within districts, are being addressed. Funding for this initiative is anticipated through the FY 2013 appropriation.

PARTNER WITH YOUTHUSA
Posted by AMWS at 9:30 AM No comments: