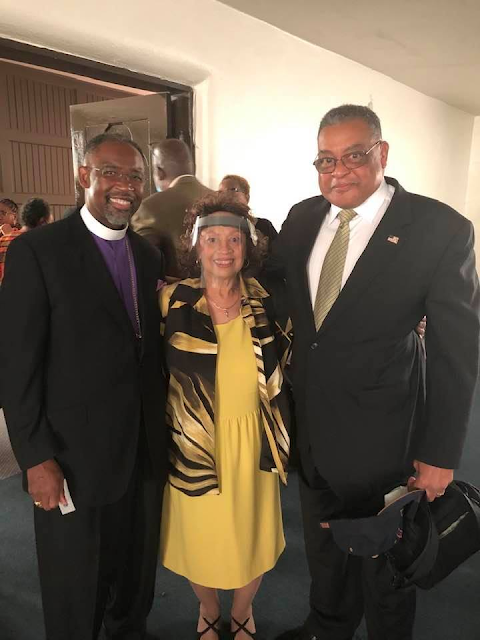 Are you a griever or a believer? Class Leader Learning “zooms” in on Four Horsemen, Episcopal Government and treaties that protect Black Lives?  Churches with an episcopal polity are governed by bishops, practicing their authorities in the dioceses and conferences or synods. Their leadership is both sacramental and constitutional; as well as performing ordinations, confirmations, and consecrations, the bishop supervises the clergy within a local jurisdiction and is the representative both to secular structures and within the hierarchy of the church.

AMWS May 23, 2021, Black Wall Street, Sovereign Muscogee Nation -- This week grievers seeking economic repair for the 1921 Tulsa Race Riot are awakened to opportunities for “carrying out the spirit of the original Free African Society.”

Historically, on Pentecost Sunday, “Many godly Jews were in Jerusalem that day for the religious celebrations, having arrived from many nations. And when they heard the roaring in the sky above the house, crowds came running to see what it was all about and were stunned to hear their own languages being spoken by the disciples.”

In 2021, 100 years after domestic terrorists killed some 300 descendants of Free Africa, destroyed The J.B. Stradford Hotel and firebombed Tulsa’s Greenwood community, new settlers are celebrating a new vision for the future.

In his first trip as the nation's top law enforcement official, Attorney General Merrick Garland visited the sites of two of the worst domestic terrorist attacks in U.S. history -- an effort he said was intended to highlight what happens when racial hatred drives individuals to carry out unspeakable acts of violence against their fellow Americans.

A Department of Justice investigation might pave the way for a virtual whistle stop by the President of the United States.  The Biden Administration’s vision of America’s future starts with HEALING THE SOUL OF AMERICA.  But before taking a victory lap, a multi-trillion dollar infrastructure assessment is likely to reveal cracks in the nation’s spiritual foundation.

Este Mvskokvlke (Muscogee people) is perhaps one of the oldest cracks in the foundation of a place Europeans called America.  As far back as George Washington’s presidency, treaties misidentified the inhabitants.  The Muscogee people are descendants of a remarkable culture that, before 1500 AD, spanned the entire region known today as the Southeastern United States.

Early ancestors of the Muscogee constructed magnificent earthen pyramids along the rivers of this region as part of their elaborate ceremonial complexes. The historic Muscogee, known as Mound builders, later built expansive towns within these same broad river valleys in the present states of Alabama, Georgia, Florida and South Carolina.

Advanced infrastructure investment is evident throughout the “Indian Territory” addressed in McGirt v Oklahoma, a recent U.S. Supreme Court decision admitting to failure by the U.S. Government in keeping its promises.  The Muscogee Nation, now acknowledged by the U.S. Supreme Court, expands from Tulsa, Oklahoma all the way to the Okmulgee Burial Grounds near Macon, GA.

Most of Tulsa is still part of the territory of the Muscogee Nation.  The Lochapoka Band settled the city between 1828 and 1836.  This month, the Muscogee Nation celebrated its historic roots by dropping the “(Creek)” from its official name.

So how does this historic Muscogee reality relate to Historic Vernon African Methodist Episcopal Church on Black Wall Street?

Muscogee Nation is a sovereign government.  Historic Vernon AME is a station of a multi-national Episcopal government.  The federal government of the United States unlawfully denied Este Mvskokvlke (Muscogee people) full protection of law in its execution of Public law 21–148.   Este Mvskokvlke is neither “Creek” nor “American Indian.” The English called the Muscogee peoples occupying the towns on the Coosa and the Tallapoosa rivers, Upper Creeks, and those to the southeast, on the Chattahoochee and Flint rivers, the Lower Creeks.

Today, the U.S. Army Corps of Engineers manages a REGIONALLY IMPORTANT RESOURCE of the Este Mvskokvlke.  The George Washington administration executed a treaty pattern with the geography (Creek) and not the actual people

The city of Tulsa is in the Sovereign Muscogee Nation and not the U.S. state of Oklahoma.

The perceived debt for “reparations” predates the first of two millennial generations. The Este Mvskokvlke existence dates back to 1015.  The generation of Free Africans seeking repair for a terrorist attack on two sovereign governments are likewise known as “millennials.”  Legal claims should seek a double portion, not in reparations, but in pass due rent.

$2.3 Trillion Train To Black Wall Street… ALL ABOARD?

TRUE OR FALSE: GENERATION ALPHA -- What did we learn about virtual and real from COVID-19 school?  (1) As a U.S. Senator, Joe Biden traveled between Wilmington, DE and Washington, DC by train; (2) “Uncle Joe” is either a character from Petticoat Junction or Senate Majority Leader Mitch McConnell’s worst nightmare in a proposed $2-trillon infrastructure bill;  (3) No AMTRAK train has ever arrived on Black Wall Street.

AMWS May 8, 2021, Muskogee – A virtual Presidential whistle stop marks the 100th year since white “settlers” devastated Black Wall Street.  The “Frisco” is one of many information infrastructure projects considered for a Learning Journey back to the future.  The railroad tracks just south of North Tulsa, Oklahoma’s Greenwood community is but one haunting reminder that American infrastructure does not necessarily sustain “One Nation Under God” on both sides of the railroad track.

Fact:  “Uncle Joe” is not the 46th President of the United States.  He’s the character played by American Actor Edgar Buchanan in a 1960s situation comedy. “Petticoat Junction” in no way references two California women behind the man at his first address to a joint session of Congress.  And, The New Stradford Hotel Upon Black Wall Street might never geographically co-exist within a White Supremist’s vision of America’s future.

Give or take a trillion dollars or so, the cost for “healing the soul of America” is racking up a whole new set of zeros.  Today’s new math calls for the youngest living generation to reconcile virtual and physical reality in a quadrillion dollar economy.

Anybody planning quadrennial events in 2021 will need to adjust from a single to multi-generational mindset.  Funding decisions made now will ultimately fall on Generation Alpha and two to three generations beyond.

Biden Administration Infrastructure envisions Economic Inclusion for folks who are ready, willing and able to #PlayTheGame.   There’s at least $80 billion on the way to AMTRAK.    There is significantly less on the way to Muscogee for misappropriated infrastructure resulting from the “Indian Removal Act.”  AMTRAK will need to backtrack beyond its half century dependency on federal aid to a time when railroad infrastructure promised Economic Inclusion for all.

With the right balance of faith and science, governments, businesses, communities, and individuals can work together to create infrastructure linking the world's telecommunication and computer networks together.  In the United States, public policy is finally catching up to the Clinton era idea of information infrastructure, enabling the transmission of every conceivable information and communication application.

President Biden’s passion for choo-choo trains may move a $2.3 trillion infrastructure bill closer to public law. But, in Red vs. Blue politics, compromise almost never produces purple.  Rather than funding more dead-end jobs at minimum wage, why not just seed a $1 m trust for every low-income citizen in Generation Alpha?  If we ensure more of them grow up whole, they might produce 3D printers or the next technological evolution to maintain their infrastructure.

A half century ago, Pullman porters rode the rails to inclusion.  It was not their job to learn on behalf of the disenfranchised, but the information they shared empowered friends-n-kin with a glimpse of what is possible...still.

From across the tracks, America received porters as their on-ramp to mobility.  Pullman porters served American railroads from the late 1860s until the Pullman Company ceased operations on December 31, 1968, just three years before President Richard Nixon’s infrastructure vision saddled America with a quasi-public corporation that, by now, should have ended poverty.

The National Railroad Passenger Corporation (AMTRAK) receives a combination of state and federal subsidies but is managed as a for-profit organization.  The United States federal government through the Secretary of Transportation owns all the company's issued and outstanding preferred stock.  Amtrak's headquarters is located one block west of Union Station in Washington, D.C.

There is no AMTRAK service to Tulsa, Oklahoma.  There is little infrastructure investment north of the railroad tracks.  Throughout AMTRAK’s fifty years of government operations and appropriations, political compromise has ignored one major cornerstone for American infrastructure.  So, why is this important?

For 100 years, planes, trains, automobiles, and banks have run on tax-payer subsidies. According to the Tulsa Preservation Commission, the Curtiss-Southwest Airplane Company was the nation’s first commercial interstate air freight shipping business.  They opened an airfield in Tulsa near Apache Street and Memorial Drive in 1921.  On May 31, that same year, white “settlers” bombed Black Wall Street from airplanes.  Where did they come from?  Where did they go?

On January 6, 2021, almost 100 years after the attack on Black Wall Street, the United States Capitol met a domestic terrorist attack with familiar confusion and disbelief.  However, the outcome was all too familiar outcome.  The FBI is still investigating, “Where did the attackers come from?  Where did they go?”

Commercial airplanes, AMTRAK trains and automobiles may offer some hint of how we go.  But in getting there, we’ll need to imagine affordable landings at a yet to be determined destination, “Where Do We go From Here?”