One in a Hundred Million

AMWS, March 22, 2019, Daytona Beach, FL - National Conveners for #AllThingsBethune landed at historically disadvantaged Bethune-Cookman University.  Coordinators are on a mission – MISSION LJ7, a #LearningJourney to “Confidence Island.”  Two of nine 501c3 public charities joined Mayor Jereleen Hollimon-Miller to call on the first of 100 institutions of higher learning.  Nine of them will qualify for $10 million endowments.

Mayor Hollimon-Miller is chief executive for the Town of Mayesville, South Carolina, birthplace of Mary Jane McLeod.  The Mayor is joining fellow elected officials in an unprecedented socioeconomic action.  The leaders have discovered that “business as usual” presents a credible threat to Economic Security where they live, learn, work and/or worship.  They are reclaiming a few historically omitted American values to make business as usual a practice of the past.

“Mary Jane McLeod endowed her birthplace and its citizens with a legacy of learning,” said Mayor Miller.  “I learned at the feet of elders and serious people of faith that to much is given, much is required,” she said.  One of her beloved elders set out from Main Street, USA to discover “One Nation Under God.”

Dr. Mary McLeod Bethune is celebrated as a first lady of the struggle. A civil rights activist, humanitarian and philanthropist, Bethune established a private school at Daytona Beach, Florida for black students.  The academic school transitioned into a college, which led into the development of Bethune-Cookman University.

The Director of Protocol and Legacy at Bethune-Cookman University is carrying out the spirit of the institution’s founder.  The ninth value of the Mary McLeod Bethune estate charges beneficiaries with “a responsibility to young people,” said Daisy Grimes.  “The world around us really belongs to the youth...for they are to be the leaders of tomorrow.”   Mrs. Grimes remarked that this part of Dr. Bethune’s last will has not been fulfilled.

At Bethune-Cookman University, leaders were challenged to ENGAGE in a national asset recovery initiative based on nine inherited values from the estate of their beloved founder, Dr. Mary McLeod Bethune.  A Community of Beneficiaries is evidenced in the multitude of entities bearing her brand.

What are the expectations of the conveners for #AllThingsBethune?

If you know of an institution of higher learning with a need to connect LEARNING to EARNING, join us for an unprecedented socioeconomic action at www.AllThingsBethune.net 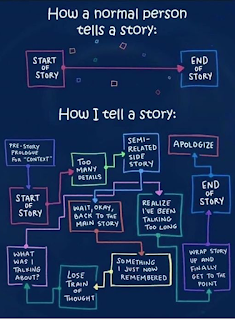