Law of the Land

Is government really back on the job?

Congressional Black Caucus Chair Marcia L. Fudge (OH-11), an advocate for economic security, particularly for historically disadvantaged Americans, has set out to prove that national government is back on the job. Staff members returned to work in Fudge’s district to face allegations of fraud and depraved indifference to Public Law 112-260.

In the midst of uncertainty about the nation’s future, Arthur L. Stradford, one veteran of the U.S. Army, died as elected officials bickered over the law of the land. An autopsy, requested by the Department of Veterans Affairs, is likely to find no fault concerning Stradford’s all but peaceful transition from “Heroes Harbor” at the Louis Stokes VA Medical Center.

However, a failure by Congress to provide oversight in veterans’ affairs and the failure of Veterans Administration officials to ensure compliance with the law of the land has left one bereaved family in limbo with no plot to place their hero. 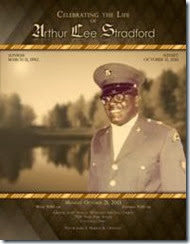 Ironically, the problem stems from a “fill-in-the-blanks” mindset among some of the 800,000 folks sent home from government jobs this month. The National Cemetery would not provide a gravesite because a 77-year old widow didn’t have a DD Form 214.

Congresswoman Fudge’s district office has been working with Stradford’s family to ensure the “expressed wishes of the next of kin or other agent of the deceased veteran are respected and given appropriate deference…” However, neither Fudge nor the Veterans Administration could explain how VA admitted, treated and autopsied Mr. Stradford with no record of a DD Form 214 proving his veteran status.

Back in the 20th century, military service members received the infamous DD Form 214 "Certificate of Release or Discharge from Active Duty.” The United States Department of Defense issued the form upon retirement, separation or discharged from active-duty military service. Today, we celebrate paperwork reduction as the law of the land. Along with that law comes increased reliance on a digitized government.

In theory, before the Paperwork Reduction Act (Public Law 104-13), a veteran would hold on to the paper DD Form 214 forever. The veteran would need to show proof of service to apply for a VA loan for housing or business, educational assistance, or medical treatment at a VA Hospital. When the form was lost, you just log on to the right website and ask for a replacement.

The process was simple enough for the time. But, what happens during change from what was to what should be? What happens when government leaders are in conflict over what laws should be respected and what laws can be ignored? And, what happens when elected leaders disagree and vehemently fight over funding that affect “WE THE PEOPLE?” Far too many Americans slip through a crack in the foundation we believe to be democracy.

Since the election, the term “law of the land” has been muddled in the midst of mayhem around Public Law 111-148. Most folks recognize the handle “Obamacare” or the Affordable Healthcare Act. But, opponents seeking to repeal the law, have counted on ignorance and distrust to rewrite history.

Turmoil within the nation’s capital calls for a combination of legislative tactics and grassroots, community-based initiatives to bring attention and positive change to issues of social and economic injustice. In the 21st Century, African Americans and other communities of color continue to be disproportionately and disparately impacted by poverty, environmental, justice and healthcare challenges.

President Barack Obama pointed to healthcare as a necessary step toward achieving economic security. The overwhelming necessity to inform and engage citizens creates a critical need for increased cooperation in Washington, on Main Street, Back Street, and Cross-the-Tracks, USA.

We have all heard that an ounce of prevention is worth a pound of cure. The 112th Congress of the United States acted on a national security need that is slowly repairing the fabric of society. The Dignified Burial and Other Veterans’ Benefits Improvement Act of 2012 establishes a spirit of law by which Americans can begin to heal.

Public Law 112–260 charges the Secretary of Veterans Affairs to ensure that, “the expressed wishes of the next of kin or other agent of the deceased veteran are respected and given appropriate deference…” Properly executed, the federal agency serves the need of the veteran’s next of kin. No bereaved family expects to hear “I can’t” from an “ICAN” government.

If anything lesson is learned from government shutdowns, fiscal cliffs, potential defaults and healthcare debates, it probably points to common sense and a renewed commitment to serve. A 77 year-old widow with a need to access VA Forms on the Internet is likely to be challenged. Like a tree, falling in the forest with no government at work, is that 77 year-old widow heard?

President Barack Obama signed Public Law 111-148 on March 23, 2010. It represents a measurable, tangible outcome of change that a majority of Americans once hoped for. This hope was reflected not once, but twice in the election of the first African American president in U.S. History.

Healing Our Nation From Our Street, USA

In the public eye, Cobb County, GA, October 5, 2013 --  The Cobb United for Change Coalition (CUCC), or “Cobb Coalition”, has been, since 2008, addressing issues and cases of alleged injustice including human rights and civil rights violations brought to its attention by people of all races, cultures and backgrounds. As part of this mission, the Coalition has also developed a close working relationship and collaboration with the Cobb County Police Department and other county-wide departments and law enforcement agencies, with all involved reporting mutually beneficial results.

According to Coalition spokesperson and President of the SCLC, Cobb Chapter, Dr. Ben Williams, “The recent announcement of the Trayvon Martin verdict and accompanying anxieties experienced and expressed by people on all sides of the issue, in addition to the other recent incidents of violent crime in Cobb, have combined to amplify the very different perspectives on the role of race and culture in our society and community, and the real and perceived disparities involved. For this reason an increasing number of Cobb residents, especially youth but also adults of all backgrounds, have come to us seeking solutions and ways we can all work together to prevent and stop the escalating violence and societal divisions.

In order to help channel this anxiety into constructive dialogue and action, we have initiated nine lines of action, one of which is geared towards healing our community by helping people of all backgrounds understand and address the sources of prejudice in ourselves and in our community, with the purpose of building bridges of understanding and cooperation, which we feel is the first step towards solving our community’s problems. In light of the present impasse in Washington, this is even more important and timely to accomplish at the local, grassroots level, which perhaps will provide an example of how our elected leaders should behave.” 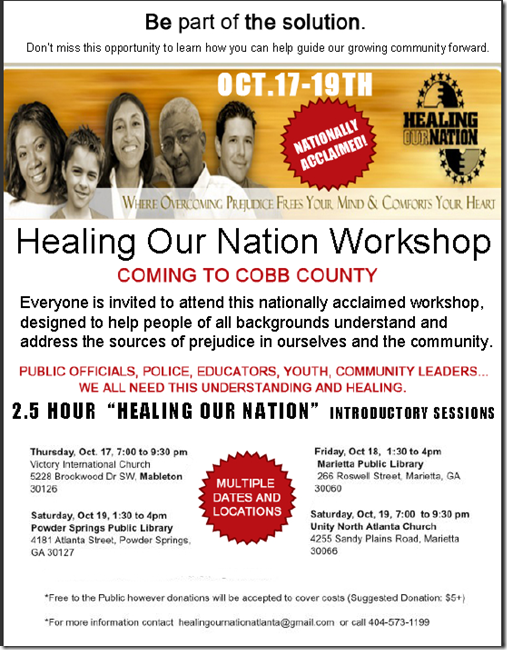 To this end , the Coalition has invited Rita Starr, founder and facilitator of the nationally acclaimed organization, Healing Our Nation Workshops (), and some of her professionally trained facilitators, to present an introduction to the “Healing our Nation Workshop: Understanding the Impact of Prejudice & Race”, which they have been conducting for organizations, corporations and municipalities nationwide for over 20 years, recognized by the “President’s Initiative on Race”, with the latest up to date research and practices. Starr states, “These workshops are facilitated in a way that is respectful of everyone’s background and culture--in other words, not a ‘blame game’-- in order to build bridges of understanding and bring communities together through the knowledge and understanding of our diversity, and they work best when the participants come from a diversity of backgrounds and opinions.

Getting something positive out of the government shutdown


By WE THE PEOPLE

Here’s a class project for some really smart 5th graders. The objective is to ENGAGE THE LEARNER in applying FOUR KEY LIFESAVING STEPS to the current condition of the federal government.  Let's assume that a 911 call is key to successful life saving.  Your response to this article will be accepted as the 911 call.

1: START THE BREATHING -- The federal government is our patient. There is no heartbeat, respiration is shallow and the patient appears to be choking on something. WE THE PEOPLE must open an airway and restore breathing and heartbeat. 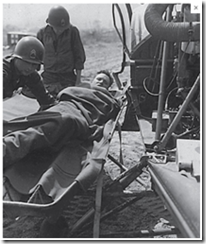 2: STOP THE BLEEDING – A significant amount of blood is already out of the body and on the floor. If the patient loses too much blood, the patient dies. WE THE PEOPLE must stop the bleeding.

SOURCE OF THE BLEEDING: H.CON.RES.25 is also known as the “Ryan Budget” or the House of Representatives version of the Federal Budget. Candidates Mitt Romney and Paul Ryan hoped to implement such a budget had they won the 2012 presidential election. The legislation proposes a budget for the United States Government for fiscal year 2014 and sets forth appropriate budgetary levels for fiscal years 2015 through 2023. The Ryan budget is not likely to pass in the Senate because it seeks to reverse or “defund” Public Law 111-148. The President is unlikely to sign a bill into law that seeks to reverse or “defund” public laws passed by previous congresses and/or presidents. In doing so, he might undermine the Full Faith and Credit Clause in Article IV of the U.S. Constitution.

3: TREAT FOR SHOCK – The patient is insured. As a result of Public Law 111-148, the cost for treatment can be covered by insurance, but only if the patient complies with the law. Some 800,000 federal employees are out of a government job, but are blessed with some time to ENGAGE 800,000 5th graders in POSITIVE YOUTH DEVELOPMENT. WE THE PEOPLE must control, or treat for shock.

4: PROTECT THE WOUND – Public Law 111-148 was executed by the President on October 1, 2013. WE THE PEOPLE and our elected representatives are obligated to support and defend the law of the land. Prosecution by the U.S. Justice Department is a potential “band-aid” solution for saving the patient. WE THE PEOPLE, represented by the U.S. Attorney General must now dress and bandage the wound.