Poor People Can Be Less Poor IF... 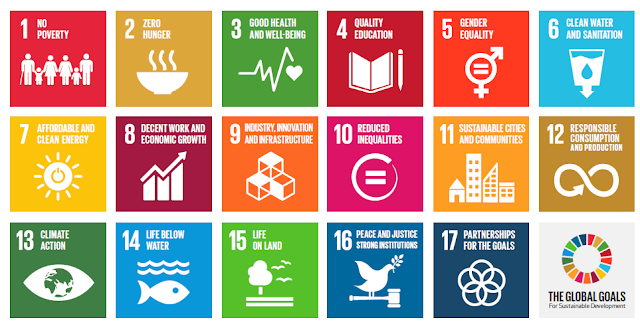 AMWS, September 26, 2018, Atlanta –  In the news today, a “gulf of distrust,” once assessed metaphorically, surfeits in the aftermath of an unnaturally man-made disaster.  49% of Americans are wading through the latest news cycle, watching 49% drown in the uncertainty of a manufactured truth.

Today, the often uncounted 2% is admonished to WAKE UP, and get busy hijacking a narrative likened to the air we breathe.  “The American Dream is on life support…” said Stephanie A. Walker Stradford.  The CEO for Youth Achievers USA Institute (YouthUSA) joined like minds at #Goalkeepers2018 to sandbag a surge of unprecedented, unnecessary, and useless information seeping into the national discourse. 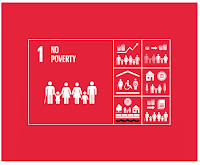 When it comes to policy priorities, ending poverty (33%), improving education (31%), and access to jobs (27%) are top Sustainable Development Goals for leaders to focus on worldwide.

On Our Street, USA, today is the day to breathe and ask one another, why did it take us so long?  “Is poverty inevitable?” The Bill and Melinda Gates Foundation echoes the sentiment of a 20th Century Poor People’s campaign with an optimistic twist.  In doing so, the thought provoking, “Where Do We Go From Here?” presented in Dr. Martin Luther King’s last book, arrives at the only clear choice – CHAOS or COMMUNITY.
Quoting social justice advocate Hyman Bookbinder, Dr. King wrote that ending poverty in America merely requires demanding that the rich “become even richer at a slower rate.”  But, in retrospect and after a plethora of policy perversions since Lyndon Johnson’s "War on Poverty,” demands on the wealthy tend to fall short of ending poverty. 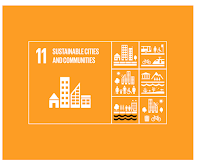 Global Goals Week is an annual week of action where the United Nations and partners from around the world come together to drive action, raise awareness and hold leaders to account in order to accelerate progress to the Sustainable Development Goals (SDGs), also known as the Global Goals.

Timed to coincide with the UN General Assembly, the week includes many exciting events and activations in New York but also around the world, including the Global Day of Action on September 25th, when people connected to cultivate ideas, identify solutions, and generate meaningful partnerships for the Global Goals.

The Bill and Melinda Gates Foundation and Youth Achievers USA Institute share a common vision for the future.  Both believe that “investing in young people” is a necessary step towards achieving COMMUNITY.

According to the Gates Foundation, “Today’s booming youth populations can be good news for the economy; if young people are healthy, educated, and productive; and, there are more people to do the kind of innovative work that stimulates rapid growth.” At YouthUSA, “Money-n-the-Bank” supports inclusion. Each youth beneficiary invests seven goals to write a vision of their own future.

Much of the evidence published in Goalkeepers 2018 underscores the need for #EconomicInclusion of economically disadvantaged youth.  Bridging the “Gulf of Distrust” calls for Goalkeepers representing America’s haves and have nots to pursue “opportunities to serve -- catalyzing public and private sectors and civil society to establish and sustain a pathway to a better life for all.

Addressing gaps in economic opportunity ultimately empowers economic beneficiaries to participate in having the greatest impact. Working with partners who have the expertise and experience will be helpful in developing and implementing innovative approaches at scale. However, according to YouthUSA, “engagement of youth and communities will be essential to sustainable long-term solutions.” 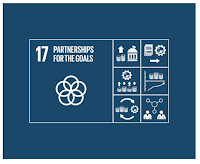 Partnerships are as effective as the partners with a seat at the table.  The Bill and Melinda Gates Foundation is circling policy leaders around the global partnership through collaborations such as the US Partnership on Mobility from Poverty.

“People often frame the problem of poverty as a lack of things, of people not being given what they need.  But, I think it's the people who must be made to feel needed, vital, and productive in our changing economy.  It's about dignity,” said Arthur Brooks, president of the American Enterprise Institute (AEI) in Washington, DC.

#EconomicInclusion calls for an intentional, prosocial approach.  It engages youth where they live, learn, work and or worship in developing their leadership skills.  It calls for caring adults to invest value and positive values toward prosperous futures.  It requires new energy, collective synergy and a shared commitment to make business as usual a practice of the past.

National LEARN-2-EARN  invests collective synergy with new energy for win-win collaboration between neighbors in need and partners with means.