Martin to Mayo to Martin 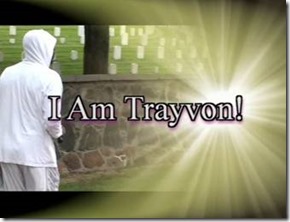 AMWS, July 29, 2013, Marietta, GA – An unyielding trust in God is one American value inherited from the Southern Christian Leadership Conference. Another might be an enduring hope that trouble won’t last always. The historic civil rights organization founded by Reverend Dr. Martin Luther King Jr. is still standing, back to back, and shoulder to shoulder, to meet civil rights challenges now and into the future.


In Cobb County, Georgia, ground zero for civil rights challenges, The Reverend Dr. Sheryl Graves, Dr. H. Benjamin Williams, Attorney Carletta Sims and others have been reviewing practices of the past and charting a course toward an inclusive future. Dr. Graves continues the work she and her late husband Rev. Dwight Graves considered their life’s mission as foot soldiers in the movement. Slow-walking civil rights problems in the schoolhouse, the courthouse, the workplace and the unemployment line serve citizens described as Martin Luther King, Jr’s “beloved community.”

According to local SCLC President, H. Benjamin “Doc Ben” Williams, it’s a job that doesn’t pay. How can that be? The job of keeping the dream of Martin Luther King Jr. alive does not earn a decent wage for the foot soldiers in the movement? Clearly, someone needs to go back and review the transcript of the now famous “I have a dream” speech.

Cobb County Chapter President Williams and Georgia State Chapter President Reverend Samuel Mosteller are calling on fellow foot soldiers, past and future investors, as well as beneficiaries of Dr. King’s investment to do just that. As local leaders prepare for SCLC’s 55th Annual Convention, and their return to Washington, DC for the 50th Anniversary of the March on Washington, local, state and national leaders are “Moving Together, Moving Forward for Jobs and Freedom.

The INFORMATION TO OPERATION initiative seeks community reinvestment from corporate beneficiaries of tax credits, federal grants and contracts. A Billion + Change is a national campaign to mobilize $1 billion of pro bono and skills-based service by 2013 to address core issues our communities face.

The federal initiative seeks to transform how businesses leverage their employees to make a lasting impact on society by engaging, inspiring, and mobilizing professional talent to build the capacity of non-profit organizations to better meet community needs. The grassroots initiative engages local youth with leadership opportunities where they live, learn, work and worship. Caring adults to include retirees, unemployed and underemployed neighbors support capacity building needs. The federal initiative “strategically aligns philanthropy and business goals, and provides a platform for enhanced collaboration, leadership development, and community visibility for the company and its employees.” The replicable capital campaign developed for local communities directs investments to local needs.

In theory, results are measured by the impact of collective, corporate or national efforts in meeting the needs of the individual citizen. If all news and politics were local, the killing of Trayvon Martin and the not guilty verdict awarded to his killer, George Zimmerman might have died in Sanford, Florida.

In reality, color-blind prosecutors perhaps did the best they could with the evidence available to them. A color-blind judge instructed a color-blind jury to consider a law legislated through a color-blind political system. If anyone ever questioned the reality of “blind justice,” the trial of George Zimmerman proved it beyond a shadow of a doubt.

For SCLC leaders, the inclusive economy hoped for, emerged as a “dream deferred” within a “color-blind” vision of America’s future. Before Zimmerman gave chase, detained, tried and executed Trayvon Martin, legal precedence for racial profiling had long been established within a majority-minority, color-blind society.

In Cobb County, a genuine desire to heal America remains clouded by misperception that equal rights and equal opportunity is here for all. A quest for answers bringing Youth Achievers USA Institute organizers to the region follows a seemingly endless trail of tears.

Our move to Georgia in 2005 followed a series of evolving stories concerning America’s future. We had completed projects that culminated in a Million Youth Movement, homegoing celebrations for Arthur Fletcher, Rosa Parks and C. Delores Tucker. The Reverend Dr. Diane Johnson, one of Stephanie’s choir buddies from Ebenezer AME Ft. Washington blessed us with and opportunity to engage in “blackonomics.” Neither we nor Dr. Johnson referred to it as that, but it seemed to be a good description for the modern day Civil Rights movement.

The 10th Community Economic Empowerment Conference, held by what was then known as the Collective Banking Group, connected people of faith, business and banking to address unmet needs in their communities. Among the clinicians were newly elected Bishop E. Earl McCloud, who at the time oversaw economic initiatives of the AME Church through the Office of Ecumenical and Urban Affairs and our friend Jim Klingman, an author from Cincinnati who headed the African American Chamber of Commerce. It was not the first such event for Stephanie A. Walker Stradford.

Needless to say when Jim Klingman told Stephanie about William Mayo, she was ready to book a midnight train to Georgia to see firsthand how American children were being undervalued. Mayo had been arrested in Cobb County, tried in a color-blind court, and sentenced to two life sentences plus 40 years for a robbery he did not commit. Even his co-defendants say he is innocent. Mayo appeared via satellite in 2002 on the John Walsh show, When False Accusations Put You Behind Bars.

Today, Klingman posts at blackonomics.com, his expert observations on present day injustices. “What has become our mantra in this post-George Zimmerman era are U.S. Attorney General, Eric Holder’s words to the NAACP last week; “We must stand our ground” against injustice. Holder drew cheers, “Amen’s,” and a standing ovation when he spoke those words.

The next day, however, Martin Luther King III spoke to the NAACP, and while he did suggest we stand our ground, he went a bit further and reminded Klingman of his father’s speech in Memphis the night before he was killed. King III, after reflecting on our trillion dollar “spending power,” slipped in a little suggestion that maybe we should no longer buy Florida Orange Juice. Hmmm.

Whether we’re thinking about Trayvon Martin, William Mayo, or too many other victims of color-blind dreaming like Marissa Alexander, the legacy of Martin Luther King, Jr. needs to be revalued for reinvestment in America’s future. Marissa Alexander, the 31-year-old Florida woman who fired a warning shot at her abusive husband, was sentenced in 2012 to 20 years in prison.

Alexander was convicted of three counts of aggravated assault with a deadly weapon for firing into a wall near her husband and his two young children at their Jacksonville home in 2010. Alexander has maintained that she wasn't trying to hurt anyone and that she was “standing her ground” against a man who had over the course of nearly a year punched and choked her on several different occasions. Alexander says that she believed she was protected that day under the state's Stand Your Ground Law, which gives people wide discretion in using deadly force to defend themselves. A judge, a jury, and state attorney Angela Corey, disagreed. It took the jury 12 minutes to find her guilty.

The Montgomery Bus Boycott began on December 5, 1955 after Rosa Parks was arrested for refusing to give up her seat to a white man on the bus. The boycott lasted for 381 days and ended on December 21, 1956, with the desegregation of the Montgomery bus system.
The boycott was carried out by the newly established Montgomery Improvement Association (MIA). Martin Luther King, Jr. served as President and Ralph David Abernathy served as Program Director. It was one of history’s most dramatic and massive nonviolent protests, stunning the nation and the world. The boycott was also a signal to Black America to begin a new phase of the long struggle, a phase that came to be known as the modern civil rights movement.

As bus boycotts spread across the South, leaders of the MIA and other protest groups met in Atlanta on January 10 – 11, 1957, to form a regional organization and coordinate protest activities across the South. Despite a bombing of the home and church of Ralph David Abernathy during the Atlanta meeting, 60 persons from 10 states assembled and announced the founding of the Southern Leadership Conference on Transportation and Nonviolent Integration. They issued a document declaring that civil rights are essential to democracy, that segregation must end, and that all Black people should reject segregation absolutely and nonviolently.