The People Have Spoken!

"Surely, there ought to be at least sixty in this chamber who believe as I do that the four most powerful words uttered in a democracy are THE PEOPLE HAVE SPOKEN!" The Reverend Dr. Senator Raphael Warnock. 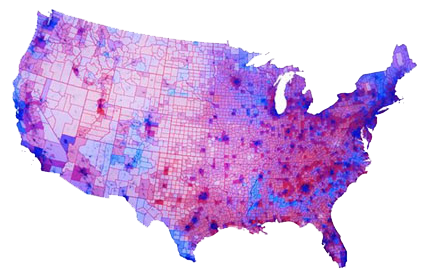 UPDATE!!!! AMWS, March 18, 2021, Muskogee Creek Nation – “Help is on the way,” said U.S. President Joe Biden.  The president and vice president are expected here this week to set the record straight on $1.9 trillion of other people’s money. But by the time Air Force One lands, true believers will be pre-primed (verb), and pumping one of three "seasonably appropriate" memes.

Political adversaries seeking to perpetuate historic myths were called out on their misconception of "Manifest Destiny."  As the Biden-Harris Learning Journey moved closer to this historical destination, one U.S. Senator stood on a promise to make business as usual a practice of the past.

"Surely, there ought to be at least sixty in this chamber who believe as I do that the four most powerful words uttered in a democracy are THE PEOPLE HAVE SPOKEN, said the Reverend Dr. Senator Raphael Warnock in his first speech before the United States Senate.  The senator's holy season "chutzpah" may have miraculously healed a governing body afflicted with filibuster.

Prior to January 5, 2021, the day before a seditious raid on the U.S. Capitol, a majority of voters here accepted a Red versus Blue perception of reality.  Even after witnessing the first Black woman in American history swearing in the first Black U.S. Senator from “Georgia,” only a true believer could see the miracle of Manifest Destiny.  For the sake of some lesser blessed beneficiaries of “One Nation Under God,” some fact-checking may be helpful in simplifying the other obstacle to #HealingAmerica.

FACTCHECK: Public Law 116-136 is the CARES Act of 2020. That’s the COVID-19 relief law signed last year before the attack on the Capitol.  Georgia Senator Raphael Warnock is educating constituents on truth vs fiction.

FACTCHECK: Red and Blue together supports a #ColorPurple perception of reality.

FACTCHECK: The Reverend Raphael Warnock is the first person of color elected to the United States Senate from a place on Turtle Island perceived to be Georgia.  A Smithsonian study confirms the area around modern-day Macon, GA is perhaps a starting point for Muscogee Creek Nationalists on the historic Trail of Tears.

OPINION: Senator Warnock’s historic ascension tracks as a one in a series of Kyros events on a Chronos timeline.

OPINION: The January 6, 2021 Day of Epiphany at the U.S. Capitol, ignited flames of “Manifest Destiny.”  Descendants of European settlers who believed in their unconditional entitlement to sovereign land, still hope to perpetuate myths through political control.

OPINION: Based on the McGirt decision, Oklahoma prosecutors “lack the authority to pursue criminal charges for crimes committed on tribal reservations in which the defendants or the victims are tribal citizens.”  If historic territorial boundaries include modern day Tulsa, Oklahoma, the city and most of the eastern part of the state exists in the sovereign Muscogee Creek Nation.

OPINION:  #Reparations -- That means the site of Tulsa’s Black Wall Street on June 1, 1921 was in Creek Nation and not the state of Oklahoma in the United States of America.  Oklahoma prosecutors never really had the legal authority to prosecute the Black Wall Street attackers.  State lawmakers have perhaps escaped accountability for nearly a century through this legal loophole.

OPINION: An application for citizenship by a veteran of the U.S. Armed Forces to the Muscogee Creek Nation might establish legal standing on behalf of all African American victims of the Black Wall Street Race Riot.

LEARNING JOURNEY Destination Black Wall Street --  “What’s the first Black Senator from Georgia have to do with Black Wall Street, Tulsa, OK?”   A study of geographic influences on history reveals that Georgia and parts of Alabama were “settled” as an outcome of The Indian Removal Act.  Tulsa was “settled” between 1828 and 1836 by the Lochapoka Band of Creek Nationalists.  Most of Tulsa is still part of the territory of the Muscogee (Creek) Nation. The name "Loachapoka" means "turtle killing place" in Muskogee, with locha meaning "turtle" and poga meaning "killing place."

THE INAILIENABLE RIGHT TO VOTE – Most Black children have never learned about Manifest Destiny—in “school” be it virtual (verb) or in a building (noun).  Our Learning Journey begins virtually in Macon, GA .  It is our point of departure for rediscovering “One Nation Under God.”

GROUND-ZERO FOR ENDING VOTER SUPPRESSION  To understand the problem of voter suppression, or “irregularity,”  one must consider the perception of Red State rights in the new Purple State model for #HealingAmerica.   When you ask a group of Georgians how their state ended up with 159 counties (second only to Texas), you might hear that “Georgia’s counties were designed so that farmers in a mule-drawn wagon could get to the courthouse and back within the course of a day.”  But, in the age of transparency, the facts speak louder than myth.

The Creek Nation declared the land cession illegal because it did not represent the will of the majority of the people.  Did the United States Senate  ever ratify the treaty?  The following year, the U.S. government leveraged its perception of Manifest Destiny to impose another treaty on the Creek.

Reality of where Georgia stands depends on your perspective of a level playing field.  Before signing yet another treaty, perhaps the Creek Nation will take inventory of its own Manifest Destiny and that of the enslaved Africans who found favor with the Creek along the Trail of Tears.  How else might one explain the rise of “Little Africa” in the era of Jim Crow?

The overall effect of the Creek trail of tears was staggering.  21,792 Creeks lived in Georgia and Alabama in 1832.  Twenty years after the "removal" ended, only 13,537 Creeks remained in Oklahoma.  Some 8,000 legitimate heirs apparently had died. Counted as a percentage of their population, the Creeks and related tribes suffered more deaths than the Cherokee in their own, far better-known routes along the Trail of Tears.

The January 6, 2021 attack on the U.S. Capitol should have been anticipated.  But, in reality, the Federal Bureau of Investigation is not likely to investigate perceived heirs of Manifest Destiny.  Members of the U.S. Congress are likely to find no fault in their own members for their role in the insurrection.

Even the president will need to draw on historically underutilized assets to engage all citizens in restoring trust.  Chutzpah, a Yiddish word comes to mind for co-sponsors of The Stolen Peoples Equity Act.  It describes bravery that borders on rudeness.  If you have chutzpah, you say what you think without worrying about hurting someone's feelings, looking silly, or getting in trouble.

The Stolen Peoples’ Equity Act is a governing solution requiring little to no action by an illegitimate government.  Funding is leveraged by two intersecting opportunities for HEALING THE SOUL OF AMERICA -- The Trail of Tears and The Underground Railroad, and models a demonstration for“internal repair.”

The 39th President of the United States reinvested in YouthUSA the value of Manifest Destiny.  During Sunday School at Marantha Baptist Church, Plains, GA, “Uncle Jimmy” revealed a secret to Manifest Destiny in a life-changing lesson.  As an outcome, a new generation of beneficiaries can LEARN-2-EARN their way to #NoPoverty2030 through their inalienable right to #EconomicInclusion.

A ruling on the constitutionality of a Stolen Peoples’ Equity Act may never pass muster in the U.S. Supreme Court.  But, the Supreme Court of the Muscogee Creek Nation might see things from a totally different perspective.  There is a win-win outcome for all sides in a #JustEconomy.  Perhaps now is the time for a change in venue. 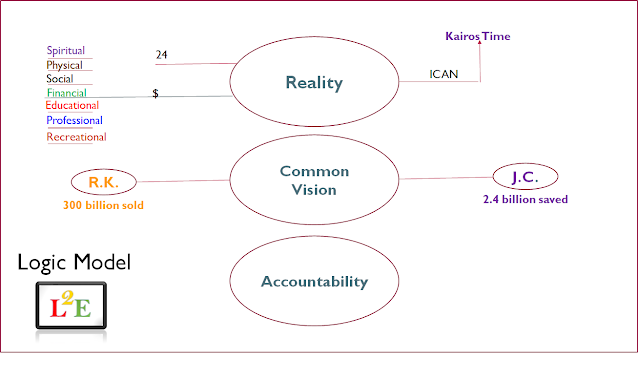 The L2E Logic Model, a free person endowed with full rights and responsibility of any two believers may claim "Manifest Destiny" as a means of achieving a mutually desired alternative. 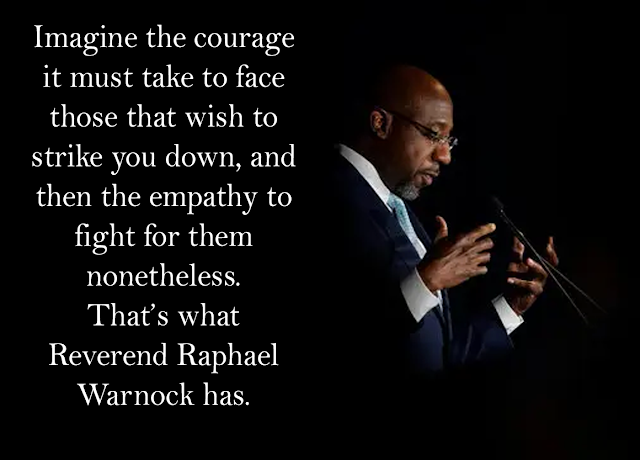 MEME OF THE WEEK -  What happens when you elect two senators at once, one a Black Baptist Preacher the other a Jewish-born believer in possible dreams?  CHUTZPAH!  THE LAXATIVE for FILIBUSTER.  KAIROS MOMENT: Deification has just contacted the rotating oscillator.