AMWS, February 22, 2018, Virtual – The United States Secret Service, an agency whose duties include protecting the President of the United States, might have shared with their protectee yesterday a few lessons learned about school shootings.

In June 1999, following the attack at Columbine High School, the agency collaborated with the U.S. Department of Education on an effort to answer questions about school safety. The result was an extensive examination of 37 incidents of targeted school shootings that generated The Final Report and Findings of the Safe School Initiative.

A United States Secret Service study concluded that schools were placing false hope in physical security, when they should be paying more attention to the pre-attack behaviors of students. Zero-tolerance policies and metal detectors "are unlikely to be helpful," the Secret Service researchers found.

The researchers focused on questions concerning the reliance on SWAT teams when most attacks are over before police arrive, profiling of students who show warning signs in the absence of a definitive profile, expulsion of students for minor infractions when expulsion is the spark that push some to return to school with a gun, buying software not based on school shooting studies to evaluate threats although killers rarely make direct threats, and reliance on metal detectors and police officers in schools when shooters often make no effort to conceal their weapons.

Program officers from YouthUSA, engaged in listening sessions hosted by then U.S. Education Secretary Rod Paige.   In May 2002, government published findings centered around the “playas” while ignoring “the game.”

School safety for protectees in #OneNationUnderGod” requires common vision calling for shared values among #WeThePeople.   Closer examination of the Columbine incident reveals evidence that at least one of the attackers questioned victims about their belief in God.  Examination into more recent attacks in Connecticut and Florida apparently drive home some realities about mental health, gun control and education reform.

"The challenges we face today, especially those that face our children, require something of all of us -- parents, religious and community groups, business, labor organizations, schools, teachers, our great national civic and service organizations, every citizen, stated The President of the United States.  Together with other living presidents, President Clinton, on January 24, 1997, set a goal to mobilize America's citizen power in a united effort to solve our common problems, especially those that threaten our young people."

In context, it’s taken two decades and yet another 17 lost lives to measurably engage #WeThePeople in life-saving citizen service.  Comments and activism by survivors of the attack on Marjory Stoneman Douglas High School in Parkland, Florida reflect inherited values from the Presidential Medal of Freedom recipient for whom the school is named.  The difference in these survivors is a lineage of evidence-based activism that’s not likely to diminish after #GraduationDay. 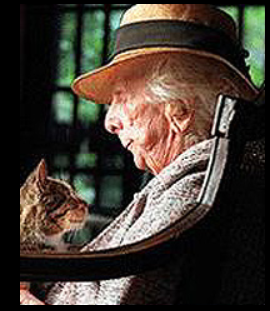 Marjory Stoneman Douglas (April 7, 1890 – May 14, 1998) was an American journalist, author, women's suffrage advocate, and conservationist known for her staunch defense of the Everglades against efforts to #DrainTheSwamp and reclaim land for development.

Moving to Miami as a young woman to work for The Miami Herald, she exercised a right to #FreeSpeech as a freelance writer, producing over a hundred short stories that were published in popular magazines. Her most influential work was the book The Everglades: River of Grass (1947), which redefined the popular conception of the Everglades as a treasured river instead of a worthless swamp. Its impact has been compared to that of Rachel Carson's influential book Silent Spring (1962). Her books, stories, and journalism career brought her influence in Miami, enabling her to advance her causes.

As a young woman Douglas was outspoken and politically conscious of the women's suffrage and civil rights movements. She was called upon to take a central role in the protection of the Everglades when she was 79 years old. For the remaining 29 years of her life she was "a relentless reporter and fearless crusader" for the natural preservation and restoration of South Florida.  Her tireless efforts earned her several variations of the nickname "Grande Dame of the Everglades" as well as the hostility of agricultural and business interests looking to benefit from land development in Florida. She received numerous awards, including the Presidential Medal of Freedom, and was inducted into several halls of fame.

Douglas lived to 108, working until nearly the end of her life for Everglades restoration. Upon her death, an obituary in The Independent in London stated, "In the history of the American environmental movement, there have been few more remarkable figures than Marjory Stoneman Douglas."

Perpetuating the spirit of their community elders is both a right and responsibility of students in Florida and across the country, challenging the status quo about where they live and learn.  Back in the 20th Century industrial age, student achievement was, at times, measured by butts in the seats when attendance was taken.  In the 21st Century, “school” is less the noun (place) and more a verb (process) through which habits for life-long learning are 2-B shaped.

School can become that safe place envisioned by conveners of the first and last Presidents’ Summit For America’s Future.  It will require a change in individual and collective actions and attitudes.   It is a goal, well within the reach of #OneNationUnderGod.
Posted by AMWS at 9:15 AM No comments: