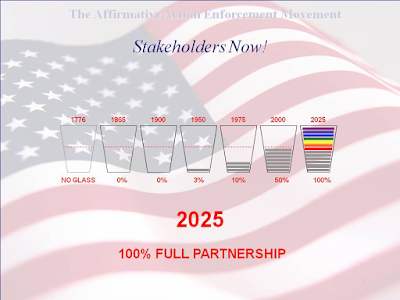 AMWS – November 27, 2018, Virtual -- On this day, 83 years ago, The Reverend James Milton Stradford and his bride celebrated a son remembered as “J”.   James David Stradford was the first of five male Stradfords included in a count of sixteen offspring. DNA testing might scientifically confirm one’s relationship with the Stradford brand, but such testing might come at a cost—economic as well as emotional.

Collaboration with the Stradfords almost always presents a perspective on balance between science and faith.  Catching up with any one of them is certain to advance one’s thinking and feeling about family healing.  A molecule of “J” in one’s DNA might determine your status as a beneficiary in a family trust.

My friend Steve Merrill and I learned about DNA in 1988, while working media control on the US V CPL LINDSEY SCOTT case before the U.S. Court of Military Appeals.  It’s no small wonder that fellow U. S. Marines Steve Merrill and Corky Chambers were the first responders to our #GivingTuesday appeal to fight poverty.  According to the National Institute of Health, DNA, or deoxyribonucleic acid, is the hereditary material in humans and almost all other organisms.  A brief LIVE MEETING with Kendra, another Stradford, sparked curiosity about her professional #LearningJourney toward becoming an epidemiologist.

Nearly every cell in a person’s body has the same DNA.  All the people mentioned in this opinion editorial allegedly share some portion of the same DNA.   Scientifically, a cotton swab with a little spit on it might confirm a familial relationship.  And if #EconomicInclusion depended solely on familial relationship, lifelong learning about cause and effect might hold little value in emotional appeals for economic action.

Our cover photo features Kamille as one of three individuals sharing a familial relationship.  At age 7, Kamille qualifies to win at THE ANNUAL YOUTH ACHIEVEMENT AWARDS.  She will need to write seven “Money-n-the-Bank” goals in her vision of her future.  She will need a Community Asset Manager and a Whole Village of 20 caring adults to help manage her Positive Youth Development.   She will need to trust the process and never quit because quitters don’t win and winners don’t quit.

What she really wants for her seventh birthday is a Baby Alive Doll.  What she needs is inclusion.  One community member of means might just buy the doll, while a WHOLE VILLAGE might endow Kamille with lifelong LEARN-2-EARN values.

Gen Z Millennials are unique.  Given the right information, they will leverage inherited values today to compound economic value for their futures. Their capacity to live their own lives means owning the consequences of their actions and attitudes.

But the opportunity for healing that comes through informed consensus may prove to be worth a modest investment in Baby Alive.  A loving “grandparent” could spend as little as $14.35 on Lil' Slumbers, or as much as $74.99 for My Baby All Gone (Discontinued by manufacturer, but most appropriate for this essay).

The research suggests that by playing with dolls, children learn how to process emotions such as empathy and compassion. “Just like caring for their doll teaches responsibility, it teaches them to empathize with those around them and allows them to grow up into caring people,” according to a passage on the Internet.

But, in real life, reaching out to any one of the Stradfords for insight on dolls, might result in yet another review of cause and effect.   Alma Catherine Thomas Stradford “Big Mother” kept a little doll in her bedroom closet.  Baby Doll was stuffed with grey cotton fabric and some folks were just scared of her.  An “empathetic” Big Mother reinvested Stradford DNA at least 15 times in 39 years of baby-making.

A personal retrospective on my sister Doris’ doll reveals insight on why boys got basketballs, guns, and race cars and girls kept their dolls from us.  In 1962, Candy Fashion was “the dream of every girl.” For that time, she was priced quite expensively at $12.95.  Despite the price tag she was a good seller, most likely due to her ability to pose and “the world’s most exquisite clothing” that came with each doll set. Candy Fashion was made by Deluxe Reading Co. and came in a large box that included four detailed outfits, complete with accessories, and three dress forms/mannequins to display her beautiful dresses.  Candy was sold in grocery stores.

In a single moment of mischief, “the boy” gave Candy Fashion a makeover, marking her with red magic marker.  Doris was equally combative in her assault on the boy’s Johnny Seven Multi-Functional Assault Rifle.

Doris’ take on DNA presents yet another  perspective on healing that might offset the rising cost of healthcare.  For her, Part D is Deliverance in the cure-all prescription she believes as The Word of God.  She is not alone in her battle against “dis-ease.”  As of 2018, more than 2.4 billion beneficiaries out of about 7.5 billion people worldwide identify as Christians.  They share a spiritual value as J’s brothers and sisters that’s not always revealed in a scientific DNA test.