Getting Educators To Do The Math

Lucia McBath (aka Jordan Davis’ mom) joined a panel of presenters and scoped a national security threat. “I used to say to him: Jordan, you know, you’re just going to have to turn the other cheek, or what have you, because people nowadays will shoot you.” 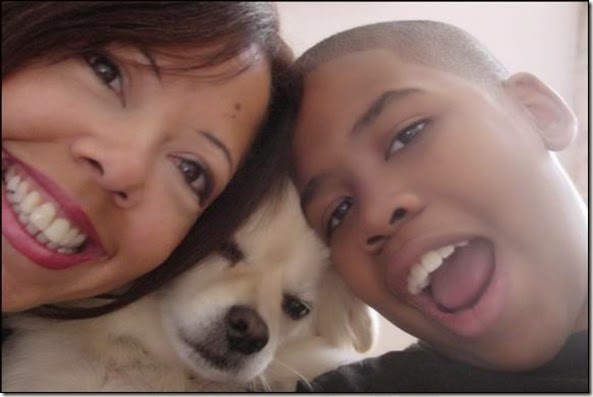 AMWS, March 30, 2014, Atlanta – The White House added fuel to fire for The President’s My Brother’s Keeper Initiative. Morehouse College co-hosted a two-day Summit on Educational Excellence for African Americans. The event headlined experts from the field, tweeters and streamers in the cloud, and even actors (Hosea Chanchez and Wendy Raquel Robinson) from The Game. A fortunate few even got close and personal with Usher’s New Look—making an impression, making a difference while maintaining a low profile.

Morehouse President John Silvanus Wilson Jr. summed up the event proclaiming Morehouse a “national epicenter” for addressing threats to historically disadvantaged American males. “At Morehouse, we stand for scholarship, service, and spirituality. We stand for excellence in all things that we do,” said Wilson.

The Morehouse Research Institute on the African American Male facilitated an event that was heavy on psychology but weak in math and science. They headlined Michael Skolnik, who describes himself as a 21st century civil rights leader. The Political Director to hip-hop mogul Russell Simmons is also President of GlobalGrind.com. Michael and Russell focus their work around three core themes: violence, poverty and ignorance. 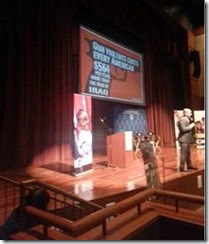 Skolnick crunched some numbers that may have aroused the institute’s interest in Science, Technology, Engineering and Math (STEM). But common logic for reframing conversations at Morehouse may come from the campus library. Young scholars, basing doctoral dissertations on the works of fellow Morehouse man, Martin Luther King, Jr., may indeed claim added value. However, they will need to do the math.

One quote from Dr. King’s last book, “Where Do We Go From Here: CHAOS OR COMMUNITY” grazed the surface some 50 years ago. “The poor can stop being poor if the rich are willing to become even richer at a slower rate,” said Hyman Bookbinder, U.S. Office of Economic Opportunity. Dr. King warned that “No great victories are won in a war for the transformation of a whole people without total participation.”

No panelist or participant added more value to the conversation than Lucia McBath. The mother of murdered teenager Jordan Davis is adding value to a vision of her son’s future by helping others find value in their black sons’ lives. When viewed through the lens of an African American mother, no tool can quantify the devaluation of a child’s life. However, McBath offered one key factor. She said simply, “Jordan had value.”

The mathematical formula for countering Cradle-To-Prison Pipeline, Stand Your Ground, Voter Disenfranchisement and economic exclusion stems from the biblically-based question, “Am I my brother’s keeper?” What might seem to be a logical response has been historically diluted by diverse agendas, compounded by complex lexicon, and delayed by simply denying its impact on national security.

The answer is “yes,” I am my brother’s keeper and the alternative can be devastating. For those Americans who choose CHAOS over COMMUNITY, the African American is hardly the threat to fear. You choose chaos, fear their God. It will rain and you will need a boat. This is how you are to build it: The ark is to be three hundred cubits long (about 450 feet or 135 meters), fifty cubits wide (75 feet or 23 meters).

An economic capacity-building process developed by Youth Achievers USA Institute supports an affirmative choice for COMMUNITY. It values American citizens age 7-24 for their written goals in seven key areas of human development. Each seven-part vision of the future, compounded by a whole village of 20 caring adults quantifies a grassroots community reinvestment asset. The future asset can be measured by a minimum Money-n-the-Bank financial goal.

“Where do we go from here” starts with a realistic assessment of where we are. Once experts, scholars and politicians agree on what’s wrong, the rest of us can get on board to do our part. History supports a hypothesis that an African American life, liberty and pursuit of happiness is less than equal (<=) to that of a Euro-American.

This was hardly the intent of some good folks who got together on some Articles of Confederation. They later agreed on a common vision for America’s future. “We the People of the United States, in Order to form a more perfect Union, establish Justice, insure domestic Tranquility, provide for the common defence, promote the general Welfare, and secure the Blessings of Liberty to ourselves and our Posterity, do ordain and establish this Constitution for the United States of America.”

Depending on the facts one chooses to believe, from John Hanson to Barack Obama, much of the American experience depends on measurable outcomes for the free Africans born here. Faced with Jim Crow segregation a short fifty years ago, We The People replaced Negro issues of that time by developing minority public policy. Today, an $18 trillion national debt shouldered by African American Barack Obama, presents another quantifiable factor for mathematical reasoning. Divide it by 300 million citizens and any math major worth his or her weight can come up with equal shares of about $60,000 per citizen.

President Obama’s vision of America’s future must build on progress to realize the nation’s full potential. A fully paid for Opportunity, Growth, and Security Initiative might be a good measure for where we are. The President’s $56 billion budget will add to the $18 trillion national debt, which offers some mathematically measurable point of where we go from here. We’ll also need to factor in George W. Bush’s bailout of the financial industry. The 2008 TARP program originally authorized expenditures of $700 billion. But, the Dodd–Frank Wall Street Reform and Consumer Protection Act reduced the amount authorized to $475 billion.

In this case, the math supports a 395 year timeline where a black man’s value is less than fellow humans. Depending on whose keeping the books, President Obama may have saved taxpayers $225 billion from the original $700 billion authorized by his predecessor in the 2008 T.A.R.P. That $225 billion should more than enough to cover the $56 billion requested in the 2015 budget.